Predicting courts’ decisions is lawful in France and will remain so

Over the past few days, several media articles have reported that France decided to ban the application of data analytics to French courts’ decisions (M. Livermore and D. Rockmore, “France Kicks Data Scientists Out of Its Courts”, Slate, June 21, 2019).  It has even been asserted that this measure would be part of a governmental strategy generally hostile to transparency and liberal values (J. O. McGinnis, “Transparency and the Law in France”, Law and Liberty, June 20 2019). The reality is quite the opposite. The “programming law for the judicial system” that was adopted on March 23, 2019 (L. n°2019-222, 23 mars 2019, JO 24 mars) will, in fact, facilitate data analytics by guaranteeing free access to all decisions rendered by the French courts.

Today, French citizens have access to the decisions rendered by higher courts on the Legifrance website; this service is entirely free of charge.  Once the new law is implemented, they will also have access to all the decisions rendered by lower courts, as article L111-13 of the Code of Judicial Organization now provides. Therefore, the startups and data scientists that are already active in judicial analytics will benefit from much larger databases and decision records.

Against this background, how can it be explained that the new law, which significantly expands the availability of French judicial decisions to the public and therefore broadens the dataset for judicial analytics, was understood by some as prohibiting judicial analytics? The explanation of such a misunderstanding probably comes from two safeguards that were included in the law in order to prevent possible abuses.

The first safeguard deals with the protection of the individuals mentioned in the decisions, regardless of whether they are litigants or third parties.  The law not only provides that the name of any natural person mentioned in a decision should be removed before publication, but also that other elements should be removed as well if the disclosure of such elements is likely to jeopardize the safety or privacy of the person concerned or his/her relatives (article L111-13 para 2  of the Code of Judicial Organization).

The second safeguard deals with the protection of judges and courts’ clerks. This is probably harder to understand for non French lawyers. In Common Law systems, judges deliver opinions in their own name so that these opinions constitute the actual core of judicial decisions. In the French legal system, judicial decisions are written in an impersonal manner and rendered in the name of the French people (“au nom du peuple français”). They take in principle the form of a syllogism. Decisions are usually made by a panel of three judges whose deliberations are confidential: no one knows whether a particular judge decided with the majority or dissented. In some sense, judges, as individuals, disappear behind the institution of justice. To put it another way, a difference should be made between courts (as institutions) and judges (as individuals). This is the reason why there have been calls, during the preparatory work of the new law, to impose that judicial decisions be published without revealing the names of the judges who sit on the courts. For transparency reasons, however, lawmakers provided that the name of courts’ members and clerks should appear in the published versions of the decisions except in cases where such a disclosure would put the safety or privacy of judges and clerks (or their relatives) in jeopardy.

At the same time, lawmakers also provided that judicial analytics should not be applied to the judges’ and clerks’ names. According to article L111-13 para 3  of the Code of Judicial Organization, the identity data of judges and courts’ clerks cannot be re-used for the purpose or effect of evaluating, analyzing, comparing or predicting their actual or alleged professional practices (“Les données d’identité des magistrats et des membres du greffe ne peuvent faire l’objet d’une réutilisation ayant pour objet ou pour effet d’évaluer, d’analyser, de comparer ou de prédire leurs pratiques professionnelles réelles ou supposées »). Those who violate this provision would expose themselves to criminal penalties. Although such a provision is severe, it should not be understood as prohibiting judicial analytics or preventing data scientists from making predictions about courts’ decisions. It is perfectly legal to make predictions regarding the possible decisions of the Paris Court of Appeal or of the 3rd civil division of the Paris Court of Appeal. The only action that is prohibited is data analytics applied to Judge Dupont, who has been sitting in the Paris Court of Appeal for the past 10 years, in order to provide information about Judge Dupont’s opinions or professional practice. In sum, the French lawmakers authorize the use of analytics applied to courts’ decisions but prohibit the individual ranking and profiling of judges.

One could certainly argue that transparency commands that judges be applied judicial analytics on a personal basis. The issue is that this eventuality would be questionable in the French legal system, since the function of the French judges has never been to deliver opinions in their own name. In any case, no-one can deny that the ongoing reform will  generate a tremendous change in the French legal landscape by enabling judicial analytics which provides information about every single French court. Contrary to what has been reported, this reform marks a significant step forward in the efforts towards greater transparency. 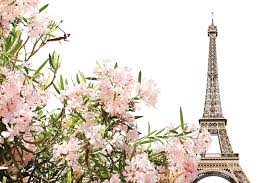